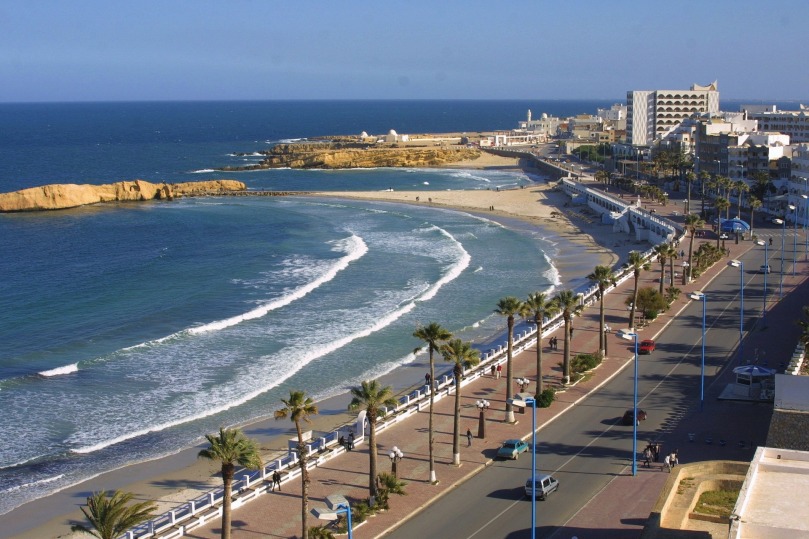 Chris cranked the dial and Jerry Garcia’s guitar rang out into I-95 wind. Bob Weir sang over the loud Challenger engine.

“Me and my uncle went ridin’ down
To South Colorado, west Texas bound…”

Chris’s boot kept time, stomping Florida mud all over the black mat. He put one hand over his cowboy hat as he stuck his head out of passenger window. The wind held his red bandana in his nose. Spit soaked into the cloth as he sang along.

“West Texas cowboys, they was all around,
Wheat liquor and money, they loaded down”

He felt a punch on his leg and fell back into the leather seat.

“Would you knock it off!” Mark said, “You’re going to draw attention to us!”

Mark turned down the music and slammed the Challenger into fourth. They passed a Chevy with a “Make America Great Again” bumper sticker.  The driver nodded. Chris smiled back. Texas boys always know their own.

He pulled down his bandana and lifted his hat. His fingers slid over his greasy blonde hair and he dropped the Stetson back on.

“I’m Sorry man, it’s just all this. …you know, the music, what we just pulled off in this Stolen Challenger! I don’t know about you, but I feel like a real outlaw!”

He grabbed the volume again. “Woooooooohhhhhoooooooo!” he yelled out into the Atlantic. Chris banged his hand outside the door. He halted again to another shot in the arm.

Mark turned the dial and then popped the knob off. “Well we ain’t out of the woods yet. It’s still a hell of a drive back to Ft. Worth.” Mark said. “Plus, we still have to make the drop at Jimmy’s slaughterhouse.”

Chris’s smile left his face. He was right. His cowboy boot stopped tapping, even though Jerry kept wailing on his guitar. Chris turned his head to Mark.

“That guy gives me the creeps. Kerry told me once, he watched Jimmy string a guy by his ankles. I guess he owed him some money or something. But apparently, he sliced his caff skin to the bone and started pulling the skin down until the guy gave up something.”

They both got quiet. Mark pounded on the gas as they jumped into the left lane. They passed a green sign signalling 15 miles until Jupiter.

“Isn’t that where the Turnpike is?” Chris said.

“I think so.” Mark slid his hands down the wheel and stared at the dash. “Shit, I gotta stop and get some gas. We won’t even make it to Orlando. Look around. Did she leave a credit card any where?”

Chris pulled down the visor. A business card for MAC cosmetics fell down. He examined it.

“What are you gonna get a make over?” Mark said.

“No I just didn’t know what it said.”

“For the record, I think you would look good with some blush. It would really bring out the outlaw look.”

Chris bent down and opened the glove box. He shifted papers around. There was nothing but old registrations and insurance slips each made out to Maria Diaz. Chris slammed the vinyl door and looked around the gear shift.

“Wanna check the trunk? I bet there’s one in there,” he said.

Mark signaled and they turned off at the next exit, Blue Heron. Mark cut a few turns past a Walgreens and down an alley. He pulled up the parking break and bend down to hit the trunk latch. Chris grabbed a water bottle and stepped out of the car. He stopped to kick some more mud off his boots.

Mark kept the door open and paced over. Chris waited until he arrived before opening the trunk. The sun lit up and there laid the Cuban girl.

She bound wearing nothing but her matching bra and panties; both labeled Pink. The flower bed sheet peaked through the wrapped duct tape and sweat flowed off her like a fountain. Her brown eyes squinted at first but grew large once they adjusted to the light. On the opposite side, in a glass fish tank held a Red Coral snake. It hissed at the light.

Chris grabbed the girl and pulled her up. He removed the duct tape from her mouth.

Chris placed his hand over her mouth. “Do you want this or not?” He said, shaking the water bottle.

She held still. He removed his hand and fed her the Smartwater. Mark started rummaging near the glass tank. The eyes of the snake followed his arms as unzipped the Lois Vuitton. He pushed around a few empty prescription bottles, make up containers, and a tide stick, before he pulled out a small matching clutch. Cards lined the inside of the Italian leather. The snake’s head stood up, as he slid the bag back.

The girl almost finished the entire bottle, when Chris pulled back. He poured the rest over her head and body. The girl breathed hard and tried to say something but Chris put the tape back over her noise maker.

Her eyes got real wide again, and mirrored sadness. She tried to resist laying down, but he forced her shoulders down. He slammed the trunk shut, muffling her murmurs and turned to Mark.

“We can’t leave her in there. She’ll die of heat stroke, or worse, that fucking snake will kill her”

“Yea I know.” Mark shook his head and gripped the designer bag. They both walked around the black racer and got into their seats. Mark stopped and looked back over at Chris.

“Look, it’s about 9 am now. Jimmy wants her and the snake by tomorrow night.”

“So, we’ve got to stop for gas anyways, keep your eyes open for a Walmart. I’ve got an idea.”

They both slammed their doors. Mark shifted into first and the Challenger bolted back towards Blue Heron.